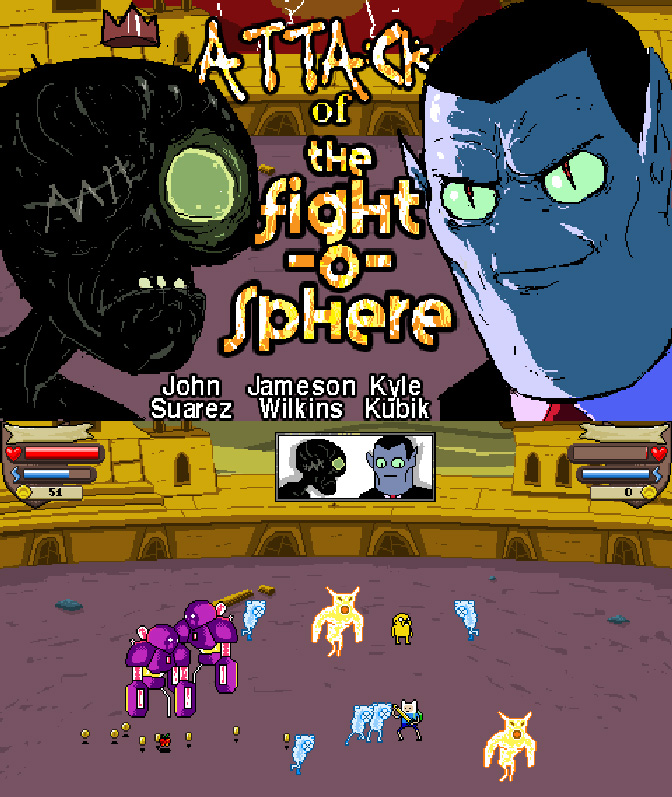 Attack of the Fightosphere is a one or two player arena beat em' up. Multiple unique characters, numerous upgrades, and tons of replay-ability make this game a must-play!

When Fight King comes to Hunson Abadeer asking for a new army of gladiators for his colosseum, they both get more than they expected! Now, it’s up to all the warriors of Ooo to join the fight! Featuring Finn, Jake, Princess Bubblegum, Marceline, Ice King and Flame Princess.