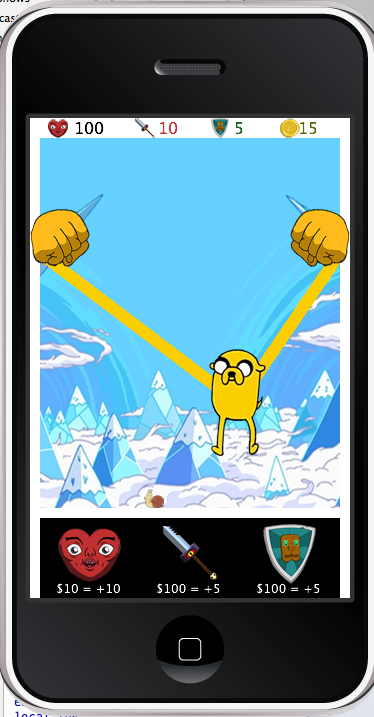 by Frank Ward and Jorge Paris

THIS BUILD SUPPORTS ANDROID DEVICES 2.2 AND UP.

Finnball Wizard is a pinball RPG starring Finn and Jake.

The Ice King has kidnapped Princesses and encased them in ice! Launch Finn up to the top screen to free them from their ice prisons. Battle Ice Toads and the Ice King, spend gold to level up your attack and defense.

Known Issues - Launching both flippers at once will cause them to stick until you flip them again.

Defeating the Ice King does not end the game properly. Go hang with the princesses, they're having a party down there.

Attach Android Device, place .apk somewhere in the file system that you know where it is. Use a File Manager to install it (make sure your device settings allow installing apk's from non Google Play Store sources).