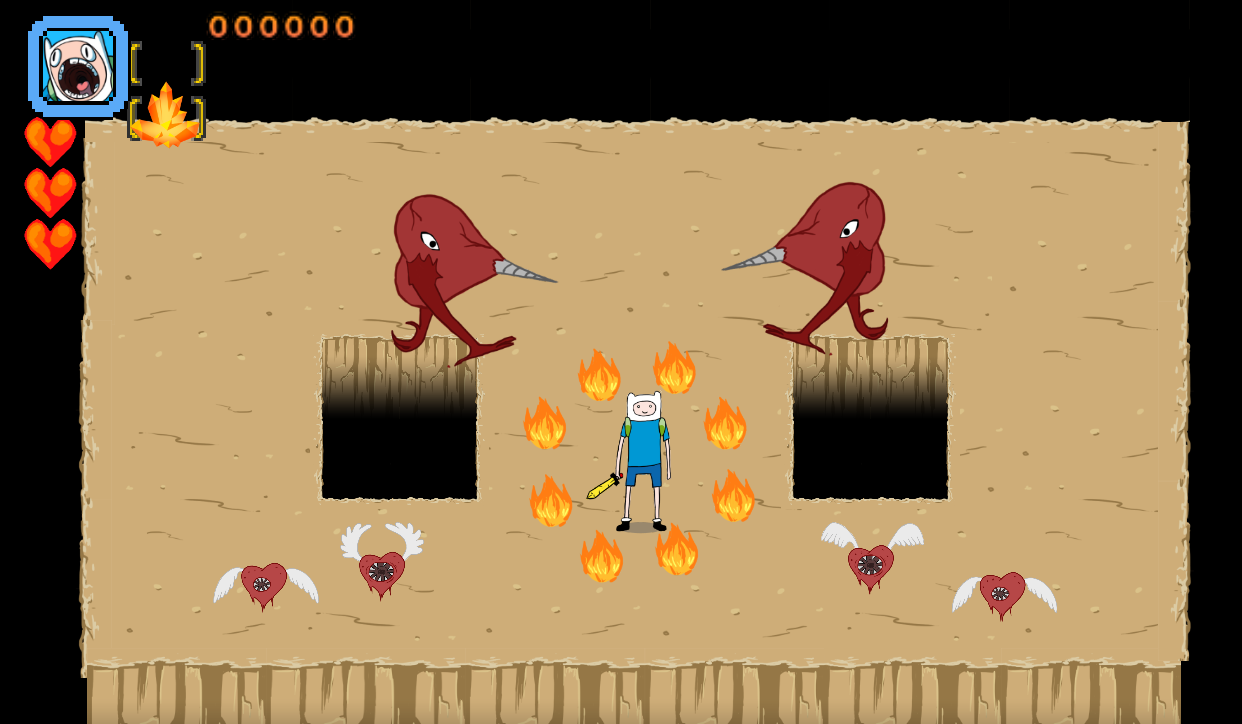 The Earl of Lemongrab has been ousted from his keep by Ricardio and this is unacceptable! It's up to Finn to defeat Ricardio's heart-shaped hordes and help restore Castle Lemongrab to its rightful owner. Oh, and Jake's been kidnapped, too.

Destroy all of the enemies in the room to progress to the next.

Bubblegum Shield: creates a shield that protects Finn from all damage and knocks back enemies. Pops after 3 seconds or if Finn attacks.

Fire Shield: the Fire Princess' token summons a ring of fire around Finn that damages enemies. Dissipates after 3 seconds of use.

Lumpy Space Mode: turns Finn into his Lumpy Space equivalent, halving all enemy damage and allowing him to float over pits.