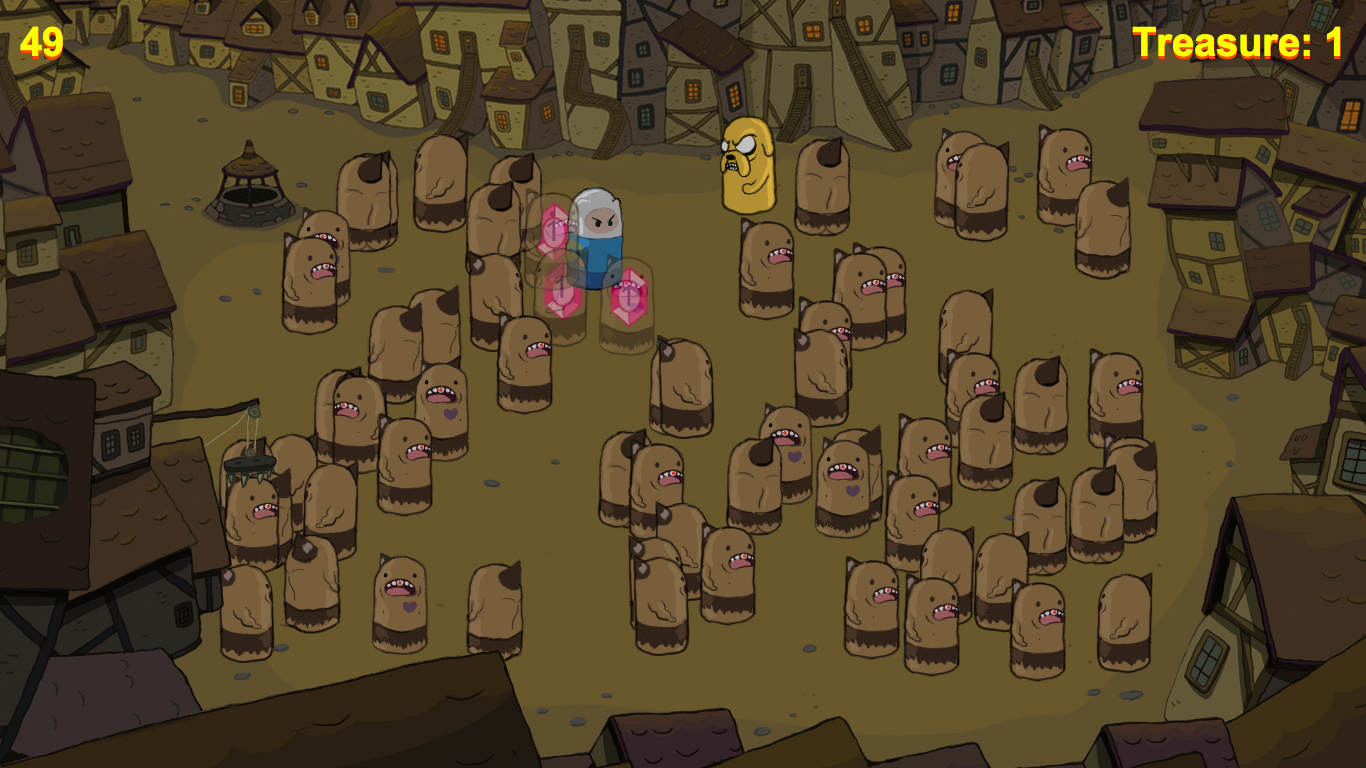 City of Thieves is an online multiplayer game of thievery. You can play with a few strangers, or start a lobby and send the URL to friends (your URL is a unique game lobby). Once you've got some players gathered in the lobby, begin the game:

The goal is to steal the most treasure, but don't be too conspicuous or the other players will find you and steal your treasure. Computer controlled Finn and Jake are on patrol and will expose treasure counts for all players to see, making you a tempting target.

We didn't get to complete Finn and Jake's desired behavior which is to punch some justice into any sneaky thieves they catch stealing (sending their ill-begotten goods flying everywhere). And we'd like to have a few more thief sprites. We'll probably follow up and finish that stuff up after the game jam just because we had so much fun making this and we think the game could get really fun with just a bit more gameplay tweaking to make it more like our original vision.

This game was made by Michael Rooney (code), David Mauro (code, art), and Jen Taclas (art, asset huntress). It was written in JavaScript and CoffeeScript using Node.js and CraftyJS and is deployed to NodeJitsu, which is mysteriously crashing with no errors ( >__<)