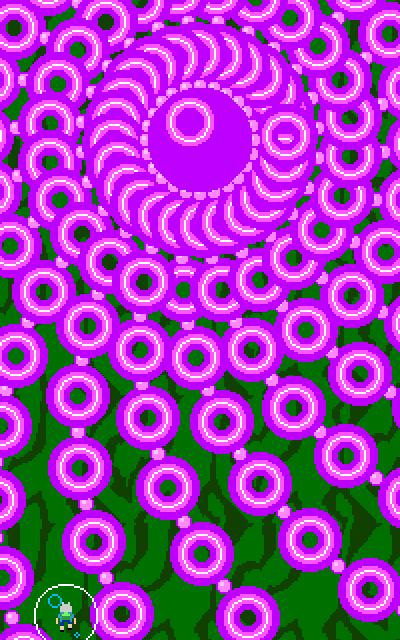 AT: Danmaku! is a Bullet Hell top-down shooter not entirely unlike games such as Touhou or Mushihimesama. You play as Finn who, as with many other denizens of Ooo, have earned a strange magic ability. Finn and Jake set out to find who is responsible.

Controls: Arrow keys to move around, Z to shoot, Space to focus, X to Jakebomb.

On Linux or OSX, run the included shell script. On Windows, run the executable. On any platform supporting double-click execution of jars, you can simply double-click atdanmaku.jar.