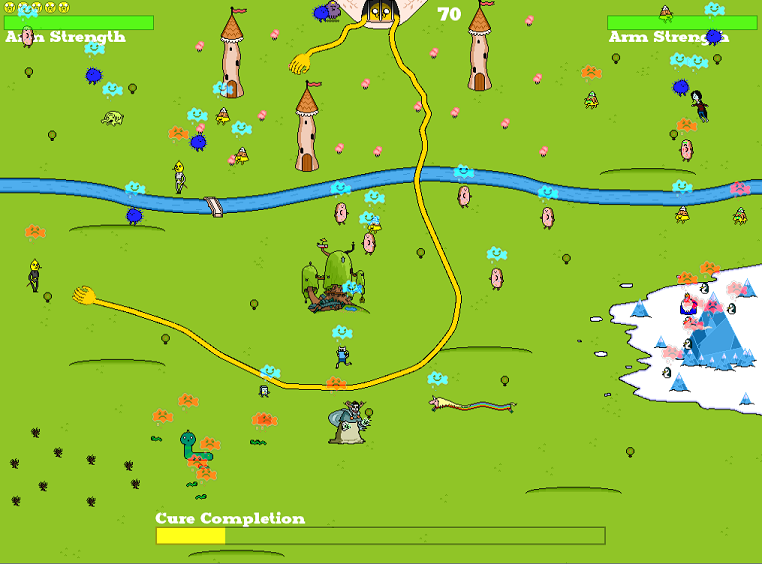 Try to control both of Jake's hands using the left and right thumbstick (or WASD and arrow keys if you don't have a controller). Or, grab a friend and share the controller to make things easier (?) for you. Try to grab your friends and avoid grabbing enemies. But watch out! Ice King is only SOMETIMES a friend, and Lemongrab is only friendly when near Other Lemongrab. In the event of a Candy Zombie outbreak, grab Princess Bubblegum to cure it!

IMPORTANT: This game requires the XNA Framework to work, which you probably have already, but if you don't it's here: http://www.microsoft.com/en-gb/download/details.aspx?id=20914

Problem: Nothing happens when I click on the game! Solution: You probably don't have the XNA installed, or it needs updating. Follow the link above.

Problem: I just get a black screen: Solution: The game's resolution is 1024x768 which most displays support, but a few might not. Explore the folders to find settings.ini and turn off fullscreen.

Problem: My controller won't work! Solution: We only support XBox 360 controllers. If you're using something else, apparently something called x360ce will sort the problem out. http://code.google.com/p/x360ce/